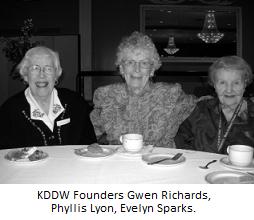 Meals on Wheels was founded in 1968 by the Ottawa City Union of The International Order of The King’s Daughters and Sons. During the first week of operation there were 29 meals served to 15 people at a cost of 75 cents per meal. Meals were kept warm using charcoal briquettes in “hotlock” boxes. Volunteers picked up the meals from the kitchen at the Adult Training Centre which at the time was located on Donald Street.

In the early years, all staff members were volunteers. Funding came from the Ottawa City Union of The King’s Daughters and Sons, fundraising tea and coffee parties, client donations, memorial gifts, and a donation from the festival of Christmas Carols. It was not until 1972 that Meals on Wheels received a grant from the Ontario Ministry of Community and Social Services.

The formal name of the organization is The King’s Daughters Dinner Wagon, operating under the name Meals on Wheels/La Popote roulante.

We hold our Annual General Meeting (AGM) every September. Contact us if you would like to attend.